Camillio Golgi was an Italian scientist who discovered a chemical dye, which made the neurons visible under the microscope. His discovery was fundamental for the discovery of many secrets of the neurons by many others, especially Spanish scientist Santiago Cajal. However, their relationship was testy, so much so, that they were flinging mud at each other at the Nobel prize ceremony, when they shared the prize in 1905. His discovery of an organ in the cell was also doubted for many years, but later, it was accepted and now all textbooks describe it as “golgi apparatus” in his honor.

This artwork is a tribute to Camilio Golgi, using one of his illustration in his scientific manuscripts. 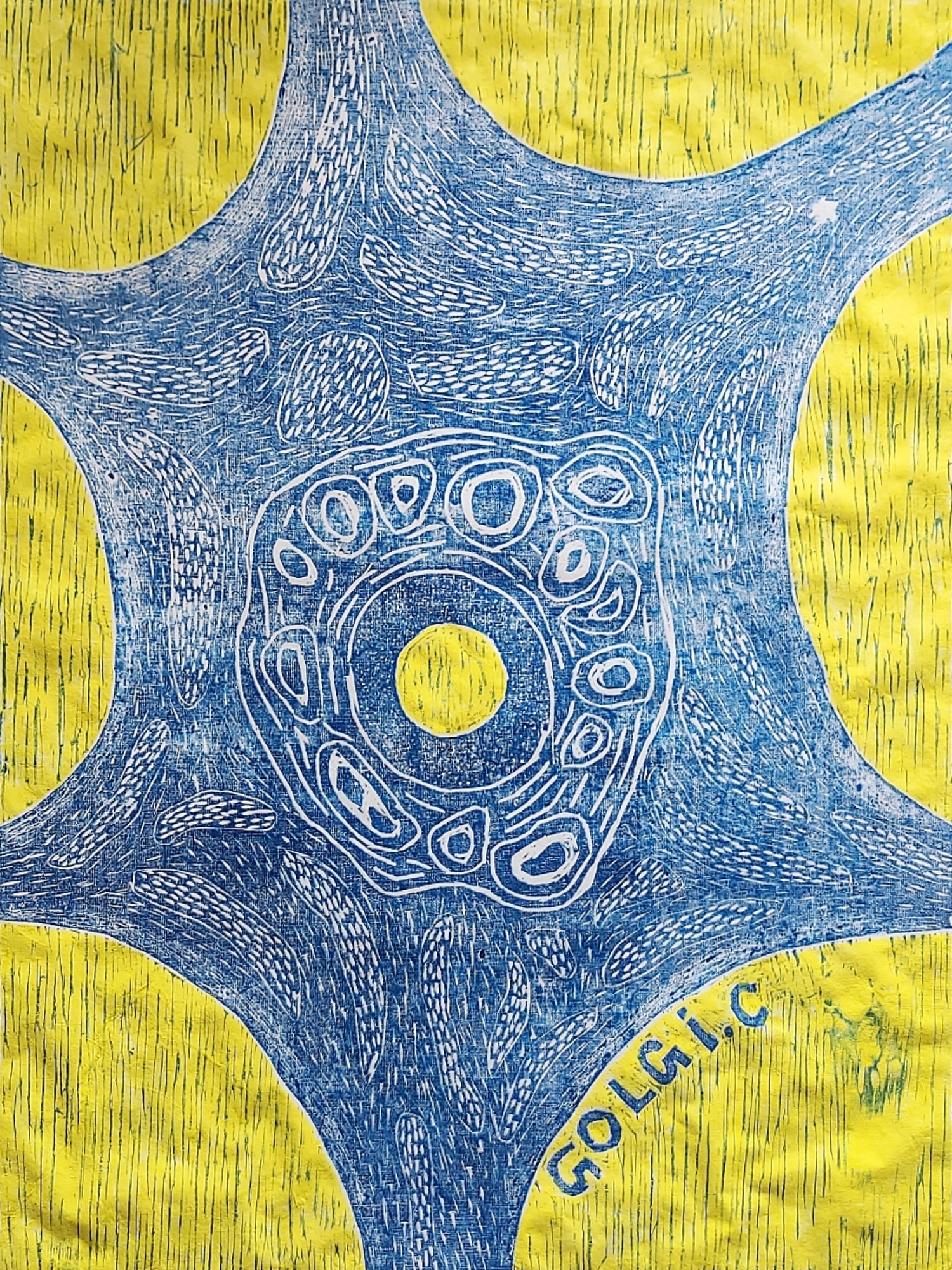